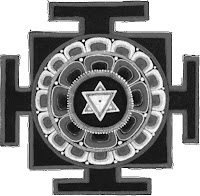 Allow me to introduce myself…
Cross posted at: Kveller

I grew up in a fairly complicated and very secular latchkey home with Hanukkah bushes, Chinese take-out, and a sick mama.

My mom passed away a couple of months before the Twin Towers fell, when I was 23. Around this time I started practicing vinyasa yoga in Cobble Hill, Brooklyn. I got dumped just days before both of my roommates moved out to live with their boyfriends. Yoga helped me feel calmer and healthier, and allowed me to sit with my various sadnesses. It was different from anything I grew up with.

As I continued my search for meaning, I figured I should check my own Jewish background. Though familiar, I didn’t know an Aleinu from an Aleph. I also thought something about Israelis reminded me of what I found edgy and compelling in 90s era hip hop, so I decided to learn a little Hebrew and went on Birthright (a free trip to Israel for 18 to 26-year-olds). I said the Mourner’s Kaddish for my mom the year after she passed, and it served as a mantra that brought change in my life.

I was working in music marketing when I met my husband Jonah on Jdate. When he showed up I thought, “this guy is wearing a kippah, he’s way too religious for me, he’s moving to DC in a few months, and he really doesn’t seem like one-night-stand material.”

And then I got past all that and was present. We both loved hip hop, and comedy, and spirituality (admittedly in a sort of distance-learning way).

People ask if I got more religious because of my husband. I think we wouldn’t have connected if I wasn’t already interested.

At first we traded. I would become Shabbat-observant if he would become vegetarian. Then circumstances led us to new paths. I enrolled in yoga teacher training at and about a year later Jonah started rabbi school. I learned the rhythms of the call to birth when my mentor Sasha, also a doula, needed me to sub for her prenatal and parent baby yoga classes. I had felt a distinct lack of a calling in my life but around the topic of birth, something clicked.

Jonah and I have grown together so much that it’s hard to extract whose influence affected what part of our lives. Jonah’s tzitzit and now payis–are they evidence of his devoutness, or my love of cultivated eccentricities? My sustained interest in healing–a yogic path, my ambition, or Jonah’s grounding presence in my life?

Yoga has taught me that sensation is fleeting, and that sticking with a challenge is a faster path beyond it than avoidance. Judaism grounds me in ritual and mindfulness (blessings over food, Shabbat, family) in a fairly automatic way. Being present and un-alarmed at births helps laboring couples as much as anything else.

I was attending births and teaching new mamas before becoming a mama myself. Now we look after a 2-year-old baby girl Bina, my mother’s namesake, who both revolutionized and validated the ways I understand birth and life. I try to nourish wellness more than avoid illness, and know that being edgy isn’t about being tough–it’s about being true to yourself.

I am a ritual-maker, fiercely-devoted ima (mother), witness, friend, and iconoclast. Birth is my calling, yoga is my soul, and Judaism is my family.